Spain is located in the Southern Europe region at latitude 40.463667 and longitude -3.74922 and is part of the European continent.

You can see the location of Spain on the world map below:

The neighboring countries of Spain (ES) are:

Spain borders with the Mediterranean Sea and the Atlantic Ocean. 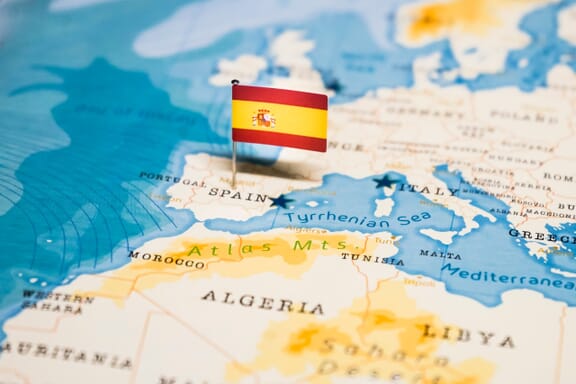 Here are the largest cities in Spain based on 2021 population data:

Map of Spain with the Largest Cities