Benin is located in the Northern Africa region at latitude 9.30769 and longitude 2.315834 and is part of the African continent.

You can see the location of Benin on the world map below:

The neighboring countries of Benin (BJ) are:

Benin bordres with the Gulf of Guinea. 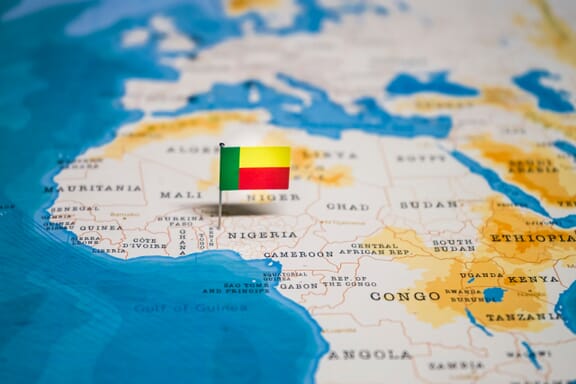 Here are the largest cities in Benin based on 2021 population data:

Map of Benin with the Largest Cities