Tourism in Uruguay, 10 Reasons to Visit Uruguay. Tourism is an important component of Uruguay’s economy. Uruguay’s most well-known city is Montevideo, the capital city that also houses 50% of the country’s population. Montevideo is also an important center for political, scientific, cultural and industrial developments in the country. The city, which also has an active port, also guides the commercial activities of the country. Uruguay is among the precious countries of South America in terms of historical and tourist attractions.

Uruguay welcomed about 3.5 million tourists in 2017. Here are 10 reasons to visit Uruguay.

It is a hotel located in the Punta Ballena district, about 13 km from Punta del Este. This hotel was originally considered as a summer house and workshop by the Uruguayan architect Carlos Paez Vilaro. The building, which opened in 1960, now houses museums, art galleries, cafes and a hotel. The building, which has been built for 36 years, is one of Uruguay’s most touristic and famous places with its authentic architecture and ocean view.

Built in the second quarter of the 19th century, this historic city square is the heart of the capital Montevideo. The square designed by the famous architect Carlo Zuchhi was subjected to some changes by Bernardo Poncini when it came to the 1860s. There are many sculptures in the square. The square, which is also noteworthy for its walking paths, afforested areas, and benches, is the destination of Uruguay.

Located in the historic area of Ciudad Vieja in Montevideo, the museum is a famous museum of historical icons and portraits painted by Joaquin Torres Garcia. Picasso’s museum also attracts approximately 100,000 visitors each year. You can also see the tables, drawings, original writings, archives, objects and furniture in the institution. The municipality finances the museum, which has been serving since 1949.

It is the most important stream in Uruguay. The Rio Negro, flowing in the mountainous region south of Brazil, flows for exactly 750 km. In the river, there are dam lakes and hydroelectric power stations, and it is also very rich in terms of fish diversity. The Rio Negro, one of Uruguay’s tourist destinations, is a river where fishing activities are also common.

The building, which was used as the working place of the president of Uruguay, was built between 1965 and 1973. However, the building, which was not used until 1985, was rebuilt in 2008 with a mixture of classical and modern architectural styles. The 12-store building, 35 meters high, has become one of the symbols of the capital Montevideo.

The sacred structure in Montevideo’s Ciudad Vieja region serves as a Roman Catholic church. The building date of the Metropolitan Cathedral is 1804. The cathedral dedicated to St. Philip and James is the most valuable example of the Neo-Classical architectural style in Uruguay. Do not leave the city without seeing this spirituality.

The island, which Canal de Camacho distinguishes from Uruguay, is about 5 km long and 2 km wide. The coast of the island, which has perfect vegetation, also contains many fish species. You should visit Juncal Island, which has become one of the important summer resorts of Uruguayans and other western peoples around the country with its clean beaches and clean air.

The perfect palace, used as the official seat of the President of Uruguay, was built between 1873 and 1874. The Estevez Palace, built in a classical architectural style, today operates as a museum that carries handmade artifacts and merchandise houses of historic value from Uruguay’s past presidents. One of the most important historical and touristic places of the capital and Uruguay, the palace is world famous. 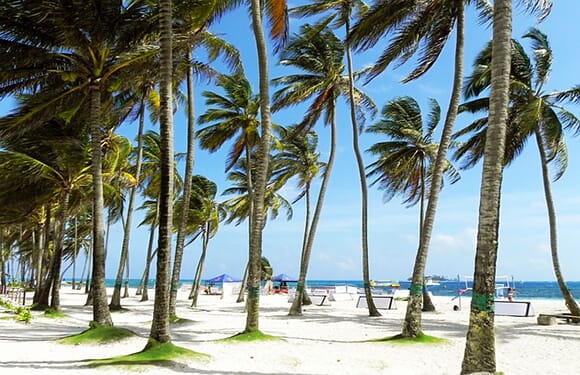