Australia is one of the world’s most popular tourist destinations. Australia is a center of attraction for its beaches, culture and kangaroos.

Summary show
10 Reasons To Visit Australia
Travel to Australia: Facts and Planning
Trip Advice to Places Around Australia
Best Time to Travel Australia
Weather in Australia
Seasons in Australia
What is the Official Language of Australia?

The Great Barrier Reef, the world’s largest and most visible living system in the Australian Coral Sea, is a wonderful natural underwater living variety. Diving facilities over world standards, lively diversity with all the colors of the world, and the blue waters make Australia special.

Sydney is world-renowned, Australia’s largest city with its UNESCO World Heritage Opera House and harbor. Outside the Opera House, Sydney is also an enormous city with its enormous bridges, lush green parks, delicious cuisine and surfing opportunities on the shores of the city.

There are only a few places in the world that have traces of tens of thousands of years of Aboriginal culture, as well as an impressive desert and accompanying unique flora and fauna.

Furthermore, Uluru (Ayers Rock), which is known as the sacred rock of the Aborigines, formed about 600 million years ago, reveals an extraordinary landscape with different striking shades of red, brown and turquoise according to the daytime sun movements.

Uluru, 450 km from Alice Springs, is located in Kata Tjuta National Park. The park is listed by UNESCO as World Cultural and World Heritage.

Perth is a city with extraordinary beaches, city parks, one of the world’s greatest surfing opportunities, and Australia’s best beer, Little Creatures, which attract tourists. The city with a large population of young people and a lively atmosphere is one of the big cities that must be visited in Australia.

It is unthinkable that a huge country with 50,000 km of coastal urea does not have extraordinary beaches. More popular beaches in eastern Australia are more crowded than deserted beaches in the west.

Furthermore, Cable Beach in Western Australia offers a unique experience of seeing camels on the beach, Whitehaven Beach, which is on the list of the world’s best beaches with its unique sand forms, and Surfers Paradise Beach, which is the paradise for surfers are the most visited beaches of Australia.

The world’s longest beaches can be found here.

The Cape Tribulation, met by the Daintree Rainforest and the Great Barrier Reef on the UNESCO World Heritage list, where the rainforest meets the coral sea, is worth going to Australia for the oldest Amazon forest experience.

You can testify to wildlife and trek through the forests where you can see a variety of birds, crocodiles, and cool off in the rivers deep in the 180 million year old forests.

Outback, a part of Australia’s inner parts and western Australia, is a great all-weather phenomenon. The desert, the shrubs, the shore that stretches for miles to the western shores meet only the fragile lands that go on and on, the animals that are unique to the continent.

This is a quieter geography than Australia’s popular east coast. Furthermore, the second largest national park in Australia is the Karijini National Park.

A unique opportunity to witness the diversity of national parks, plants and biodiversity, with untouched nature, emerald-colored nature, rivers and unique rock formations.

When it comes to surfing, Australia comes to mind. There are thousands of places on the eastern coast of Australia where you can surf. Australia is a complete paradise for both beginners and professional surfers.

You should especially visit The Queensland Region for surfing at favorable waves.

Furthermore, the famous Bells Beach in the town of Torquay, which is the starting point of Great Ocean Road, is an exquisite place to surf in Byron Bay. Even if you do not surf, you will go to Australia to watch the surfers who dance with gigantic waves.

As far as wine is concerned, the first countries to come to mind are France and Italy, but Australia is attracting attention with world-renowned wine regions. Margaret River near Perth, Barossa Valley near Adelaide, and Hunter Valley near Sydney, where the vineyards where Australia’s most famous wines are produced are located.

Shiraz wine is one of the best wines of this country. Furthermore, the Pinot Noir is the kind of wine that you need to taste. You can arrange daily visits to these lush and famous vineyards from the neighboring cities. If you like the wine culture, you should visit Australia.

It’s hard to imagine Australia without a barbecue. Barbecue is an area where all of Australia is an expert, from young to old. In a country with at least three barbecue areas in most parks and public spaces, this is a very serious tradition.

Furthermore, the kangaroo, the symbol of the country, is a good opportunity for those who want to expand the flavor horizon and is an important part of the Australian cuisine.

Travel to Australia: Facts and Planning

Australian Currency / What is the Currency of Australia?

There are three major film festivals in Australia. These are;

Sydney Mardi Gras is an LGBTI honored march and festival held every year since 1979 in Sydney. Moreover, it is among the biggest festivals in the world in its kind. It is also one of Australia’s top tourist attractions.

In Australia, there are many festivals for the local people of the country to cultivate Aboriginal cultures. These are the Spirit Festival in Adelaide (February), the Indigenous Arts Festival in Melbourne (February), and the Homeground in Sydney (April).

Melbourne, one of Australia’s most vibrant cities, hosts various events and festivals at different times of the year. During these festivals the city is lively and colorful.

Is Australia a Safe Country?

The most common danger in Australia is the danger of drowning at sea. Drowning occurs each year due to high waves. At the beginning of the dangers in the sea; Sharks, Crocodiles, Box Jellyfish are coming, and with them, there is the possibility that tourists will encounter many dangerous creatures again.

Apart from dangerous marine animals, there are many amphibians, reptiles, and insects that are among the most dangerous in the world. Six of the deadliest snakes in the world are in Australia. Many spiders like the Sydney Funnel Spider or the Red Black Spider are extremely dangerous.

Even plants in Australia can be dangerous. For example, the Gympie bush is often found in Queensland and causes severe pain for up to several weeks when touched.

Australian Cuisine / What to Eat in Australia?

If you are planning a trip to Australia and are looking for an answer to what to eat here, here is some information about Australian cuisine.

Australia has a very rich cuisine because it is a country that has been emigrated almost everywhere in the world. The rich food culture ranges from Asian cuisine to Mediterranean cuisine. One of the greatest joys of Australians is to make a barbecue, while barbecue smells will come to your nose as you walk around Melbourne streets. In Melbourne, you will see barbecue areas set up in many parks.

Still, it would be unfair to say that Australian cuisine is just meat. In this country, which has a temperate climate throughout the year, fruits and vegetables are always fresh. Besides this, there is a very developed fish culture in the country. In Australia, there are 600 different types of fish that you can taste. Furthermore, it is possible to see fish restaurants on every corner of Melbourne. Also, the great Fish Markets are very common in all of Australia’s provinces.

Australia’s national flavor is very different from the tarts you know. As the name implies, meat is included. The “Meat pie”, which is tart-shaped and covered with small chopped meats and onions, has a very delicate taste.

Red chili is a special kind of carp that is blended with chili pepper, soy sauce, and ginger, then baked in the oven.

The outside is crispy and the inside is a very soft dessert, served with ornamented with fruits. The name comes from the famous Russian ballerina Anna Pavlova.

In Melbourne, the Carlton and Lonsdale streets are known as small Italy, where you can find restaurants offering Italian delicacies, you can go to the Chinese market for Asian delicacies, and if you want to eat seafood you must definitely go to Yarra River and the Docklands.

Trip Advice to Places Around Australia

Temperatures in the inner regions are high in summer, while the northern regions are rainy in the summer. Therefore, spring and autumn should be preferred to visit here.

In southern regions like Sydney, the climate is suitable for all seasons. The summer months in Australia, which is in the Southern Hemisphere, are December, January, and February.

The weather on large Australian lands varies greatly from region to region. The effect of being surrounded by the oceans is visible on the coast, but this effect is not felt inside. Due to the southern hemisphere, the summer season runs from December to February, while the winter season runs from June to August. In general, tropical climate in northern regions, desert climate in inner regions and a milder climate in the south are seen. Although the weather does not change much in the north and in the inner regions, it is possible to live in four seasons in the south.

In northern cities like Darwin, heavy rains are seen from December to April. It is quite warm in Perth’s south-west towns and rarely has precipitation. Winter months are not very cold and the temperature varies between 8-19 ° C on average. The most popular and crowded cities of the country are located in the south-east. The capital city of Canberra has no beaches and the summer is hot. In winter the temperature occasionally falls below zero and it is possible to see snow in the Australian Alps.

In the southernmost city of Melbourne, the weather changes frequently. Although the summer months are hot and arid, in the spring the temperature can change rapidly during the day. And most rain falls again in the spring. Sydney, the largest city in the country, has a more balanced climate. The winter months are cool and rainy, while the summers are hot, humid and rainless.

It is useful to determine the cities you will visit when going to Australia due to this variable weather and prepare for the weather conditions of those cities.

What is the Official Language of Australia?

The teaching language in Australia is English. However, since Australia is a country of about 200 nations’ immigrants, and every nation has its own language, the number of languages spoken in the country is quite high.

Few other languages spoken in Australia (the native language of immigrants):

In addition, Aboriginal natives speak their indigenous language (about 0.25% of Australians).

Is Australian English Easy to Understand?

English in Australia does not differ much from other English-speaking countries such as the United Kingdom, Canada, and the United States, and the grammar and sentence structures used are standard English.

However, some vocabulary and expressions have gained a specific Australian character due to many uses. Some of these may be interesting and surprising for newcomers to Australia.

There are different sources of words and spoken words in spoken language. Some of them are an abbreviation of long words. Most of these are expressions previously used by immigrants from northern England and then adapted as Australian words. 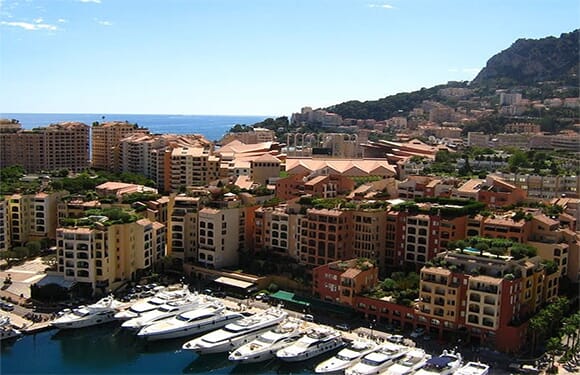 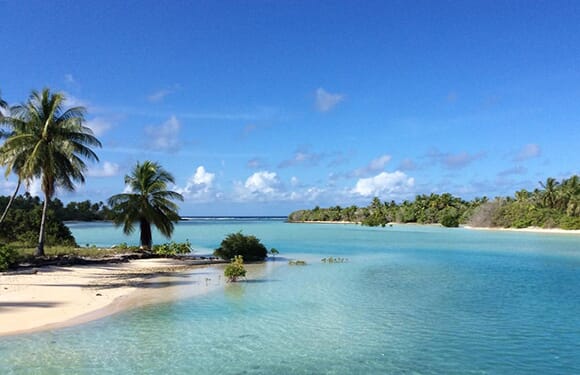