You can see the location of Malawi on the world map below:

The neighboring countries of Malawi (MW) are:

Malawi is a landlocked country, which means it does not have direct access to the open ocean. 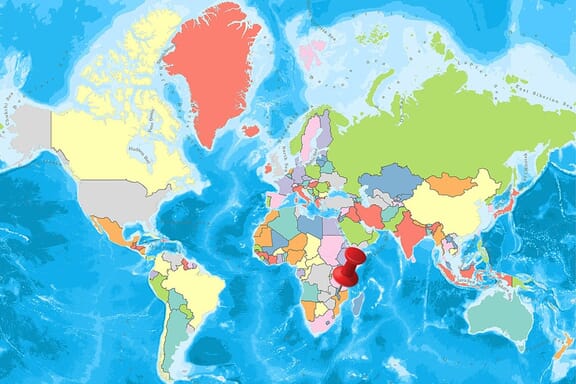 Here are the largest cities in Malawi based on 2021 population data:

Map of Malawi with the Largest Cities

Malawi has long and narrow country lands extending in the north-south direction in the southeastern part of the African continent. The country is adjacent to Tanzania in the north, Zambia in the west, Mozambique in the south, southeast and southwest.

Of the country’s 118,484 km², 31% consists of forests, 25% of wetlands, 20% of agricultural land and 15% of pastures. The northern part of the country is more mountainous than the other regions and the elevations can reach 3,000 m above sea level.

The highest mountain in the country is Sapitwa Mountain with 3,002 m. Covering almost the entire eastern part of the country and dominated by Malawi for the most part, Lake Malawi is the largest lake in Malawi with the total area of 29,600 km², 570 km in length and 80 km in width. The Shire River is the longest river in the country with a length of 402 km.

According to the constitution discussed in 1966, the country is governed by the presidential system. Malawi Congress Party (MCP) was the only party allowed by this constitution in the country that was a member of the Commonwealth.

The dry season is experienced from May to November. During this period, the air temperatures are quite high. December to April is the rainy period.

Temperatures are around 20 degrees between May and September, and around 30 degrees in October and November.

The other population believes in local religions. Islam is more prevalent among the Yao ethnic group in the southern parts of the country. The religion, which first came to this land in the 1890s through Arab merchants and Mozambique, was later adopted and practiced especially by Yao.

According to 2015 estimates, 26.9% of the Christian population believes in Protestantism and 18.1% in the Catholic sect, while 41% adopts other Christian beliefs, especially African Christianity, taught by Presbyterian and European missionaries.

Malawi is one of the less developed countries in the world and its economy is generally based on agriculture. 90 percent of gross national product and export income comes from agriculture and agricultural products. Approximately 85 percent of the population live in rural areas and engage in agriculture.