Tourism in Belize has grown considerably in recent times and is now the second largest sector of the country. Belize Prime Minister Dean Barrow is using tourism to combat poverty in the country and is trying to grow the tourism industry in the country. Tourism growth has affected the agriculture, commerce and finance sectors and construction industry positively. In 2017, 427,000 tourists visited Belize.

Belize is one of the best addresses of summer tourism in Central America and dazzles with its enormous natural beauty and tourist attractions. Here are 10 reasons to visit Belize.

Altun Ha, about 31 kilometers from Belize City, the largest settlement in the country, is a city built by the Mayan people between the years AD 250-900. Today, it is an important history city. There are many temples and historical remains of the Mayan period. Many excavations have been made in the 1950s. Today you must visit this historic city, which resembles an open-air museum.

Caye Caulker is a vacation destination in the Caribbean Sea in the northern part of the country. Access to this place is provided by a quick water tank. There are many stylish and comfortable hotels, over 30 restaurants offering great tastes, and shops where you can shop. You can come here to dive, explore the wonderful underwater caves, or enjoy the beaches; sea, sand, sun, and fun. It is known as the most beautiful island of the country.

The Belize Museum, located in the city of Belize City, is an art and history museum opened in 2002. The museum building was built between 1854-1857. It served as Belize City Prison until 1993. With later restorations, it turned into a museum. You can see many historic buildings belonging to Maya Civilization in the museum. Those who are curious about the history, art, and culture of the country can visit this museum.

Belize Set Reef, in the Caribbean Sea to the east of the country, is the largest reef system in the Northern Hemisphere and is about 124 meters deep and 300 meters in diameter. This wonderful area, in 1996, is on the UNESCO World Heritage List. There are about 500 species of fish and more than 100 kinds of coral. It is a great place to dive, and many people dive here and explore the rich underground waters throughout the year.

Situated in the north-east of the Caribbean Sea, Ambergris Caye is a must-see vacation destination. The island is a part of the Corozal region with a length of 40 km and a width of 1.6 km. With its enormous virgin nature, white beaches and breathtaking scenery, it welcomes a large number of tourists throughout the year. There are many tourist buildings in the island where the settlement is located.

This pit is a giant pit on Belize’s shores. It is located within the Lighthouse Recital 70 km from the city of Belize City. The pit width is 304 meters and the depth is about 121 meters. This pit is said to be a limestone cave formed during the last glacial era. The Great Blue Pit is also part of UNESCO’s World Heritage List Belize Set Resifi protection system. It is one of the interesting pits that must be seen on earth.

7. The Crystal Maiden of the Actun Tunichil Muknal Cave

Cristal Tomb Cave, located in the Cayo district of the country, is a historical cave with many remains such as skeletons, ceramics and pottery. There are many remains of Maya period in the cave. The drawings on the cave walls are particularly striking. Apart from this, the cave also has many natural formations. The stalactites and stalagmites here are worth seeing.

Located on San Pedro Island, Hol Chan Marine Reserve is a nature protection area declared 1987 in the area of 18 km². There are many dogs and fish species here. It is a highly preferred place for snorkeling and tubing diving. But because it is a bit dangerous, only professional diveists prefer it. This area has a breathtaking beauty with its unique image. It is one of the most visited areas in the country.

Guanacaste National Park, located in Belmopan, capital of the country, is an important national park declared in 1973. This park is built on an area of about 20 hectares. In this park there are many plants and animal species including Firetree and Honduras Mahogany tree species. We must not forget the rivers and waterfalls that decorate the park. Walk away from the city stress and walk across the breathtaking landscape and discover many new places.

An interesting island is located in Belize, the tourist country of Central America. The interesting feature that distinguishes this island from other islands is that all the things is free here that is forbidden on the other islands. This interesting island is the island of Coco Plum in Belize, the tourist country of Central America. There is only one condition to go to Coco Plum Island. That is being older than 21 years. If you are older than 21 years old then you can apply for visiting the island.

After you’ve done your application, you’re waiting for your turn. Because they accept only 48 people on the island every week. Another requirement to go here is that you should have enough money. Because there are very luxurious hotels here. Only one person needs to have $ 6,000 per night to stay in these hotels. In the island where only 21-year-olds go, unlimited freedoms unite with luxury. Here you have the chance to visit the island naked without wearing any clothes, and for this reason, it is also known as the “nude island”. This island, which people of all ages prefer, is popular in recent years. You can also participate in sports events such as diving, swimming, and surfing. It is impossible to find a place until June, on this island which is heavily demanded every year. 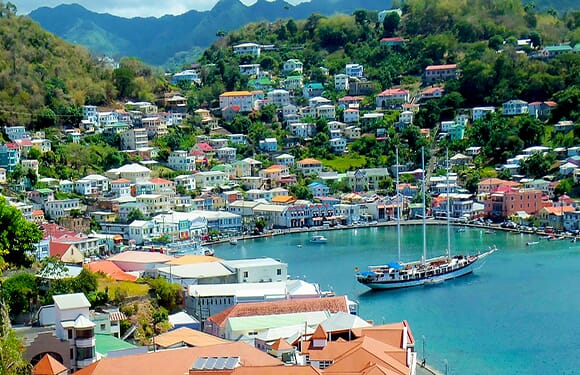